Avalanche Himalaya, secteur Everest, Camp de base - The avalanche struck between the Khumbu Icefall, and the base camp 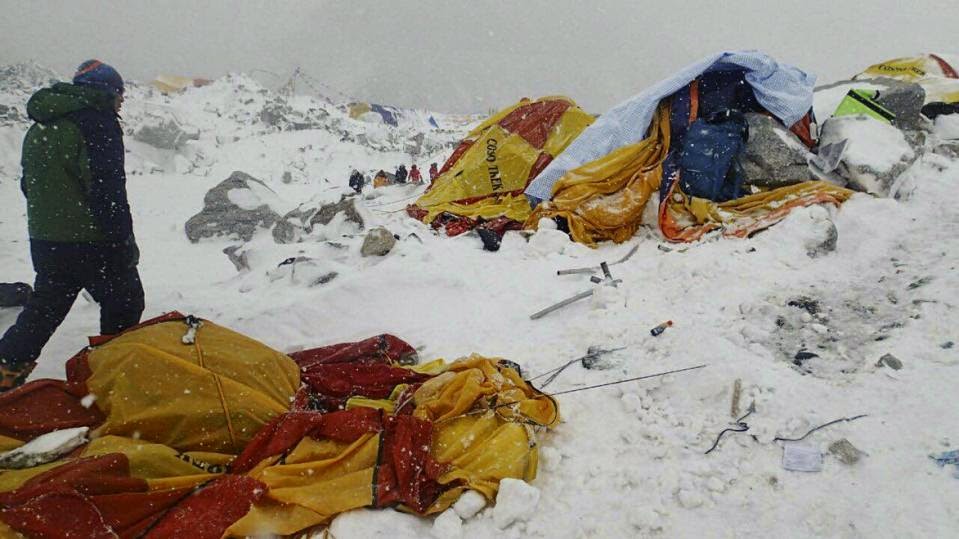 4 photos © Azim Afif
"An avalanche triggered by a massive earthquake in Nepal smashed into a base camp at the foothills of Mount Everest on Saturday, killing at least eight climbers and guides, injuring many and leaving an unknown number missing near the mountain's most dangerous spot, officials said."
Read the story
Link to another description
Observator: Presse The Telegraph
722 views
See detailed map

You have more information about this avalanche? Contact us

In the same period

In the same area