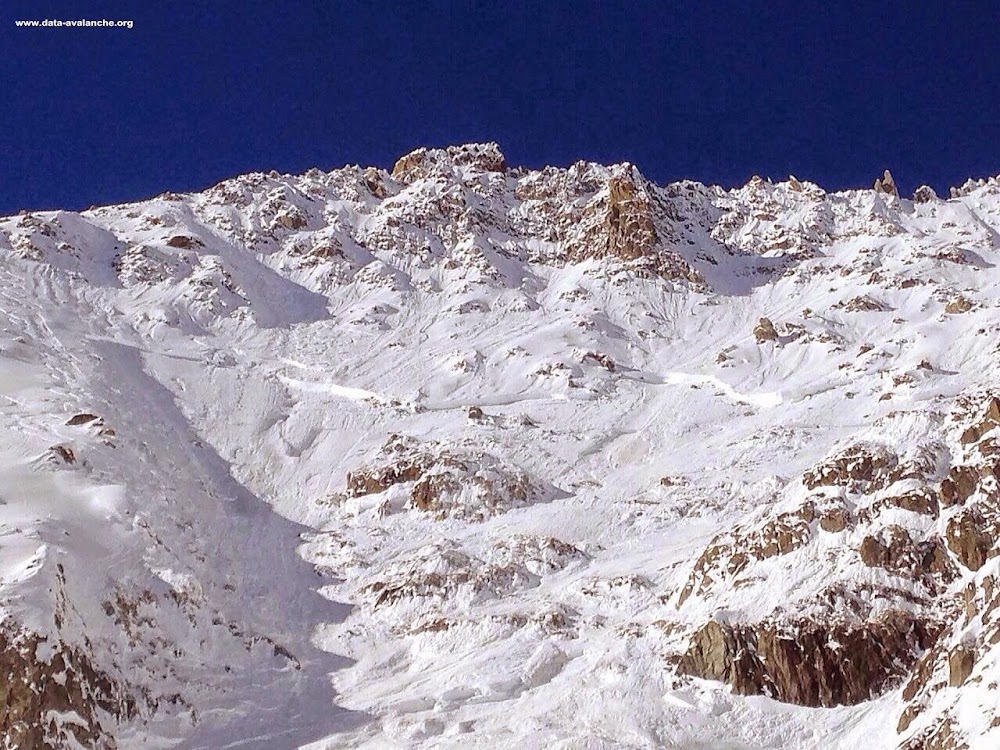 4 photos © Erin Smart
"Myself and 3 friends (2 of which are guides) skied the Marbree on Friday first run. We dropped in from the Col de Rochefort at about 10am. Our main concern going in was looking for wind and storm slabs. There was no evidence of wind loading, and there appeared to be less storm snow than anticipated, so we decided to ski the run. The snow was cold, and loose dry snow was running fast [...] We hit the road, and as we were walking back down towards La Palud, we saw the avalanche. It released at 11:13am."